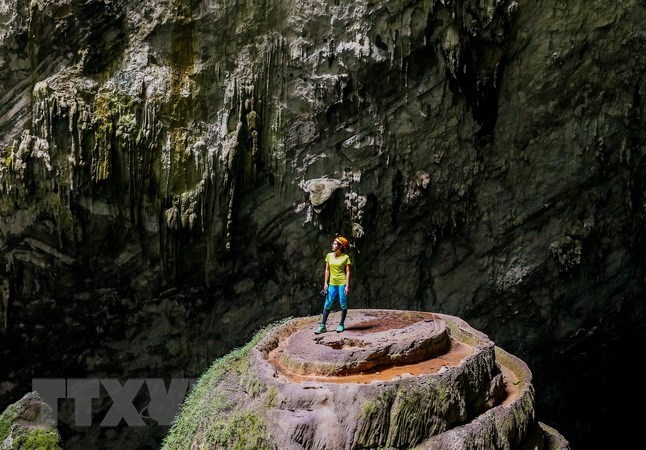 Quang Binh (VNA) – Phong Nha – Ke Bang National Park in the central province of Quang Binh is frequently dubbed as the “Kingdom of Caves” for the magnificent specimens it boasts.The park, which was twice recognised as world natural heritage sites by UNESCO in 2003 and 2015, is really a paradise for cave explorers.

Among the caves here, Son Doong and Thien Duong (Paradise) might have hogged the international spotlight, but other caves are equally spectacular options for visitors to Vietnam.

The park’s profile soared worldwide when the most spectacular cave of them, Son Doong, was covered by the likes of National Geographic, CNN and Business Insider.

Son Doong, located in the heart of the Phong Nha – Ke Bang Nation Park, is the largest of its kind in the world recognised by three international organisations, namely Guinness (based in the UK), the Association World Record (based in Hong Kong) and WorldKings (based in the US and India).

It was discovered by a local in 1991. It was first explored in 2009 by The British Vietnam Caving Expedition Teamand has been open to the public since 2013.

The 1,645m-long cave system, which extends through a mountain, was named one of the most captivating caves on earth by National Geographic. 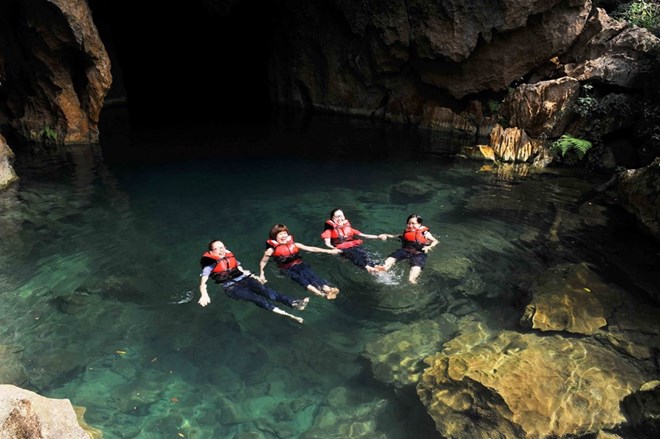 After visiting the cave, many people recognised its irresistible magic, saying that this is really the most beautiful wonder of the Creator on earth.

Thien Duong was labelled the world’s most beautiful and magnificent cave when it was discovered by scientists from The British Vietnam Caving Expedition Teamin 2005.

Located about 4 km west of the Ho Chi Minh Road, the cave, which is believed to be formed hundreds of millions of years ago, is surrounded by underground streams and rocky mountains.

Thien Duong Cave is 30-100 metres wide, with the widest point measuring 150 metres. With a length of over 36 km, it is considered the longest dry cave in Asia.

Besides Son Doong and Thien Duong, other well-known caves include En and Pygmy, which are said to be the third and fourth biggest in the world.

According to the provincial Department of Tourism, Quang Binh welcomed 3.3 million visitors in 2017, up 70.9 percent against the same period last year, including 130,000 international tourists, up 156 percent. The tourism sector grossed over 3.7 trillion VND (161.8 million USD) in revenue.

Over 1.8 million tourists came to the province in the first half of this year, up nearly 17 percent year-on-year. Foreign arrivals surged by more than 22 percent with nearly 90,000 visits.