I smile at our guide’s warning and enter the lush jungle growing inside Hang Son Doong, a 3-million-year-old cave in the central part of Vietnam. Water drips from a gaping scar in the ceiling over 100 meters (328 feet) above us. A spectacular sunbeam starts to creep down the side of the serrated cliffs. The shrill call of birds and macaque monkeys echoes off the limestone, drifting in from the unseen world beyond the skylight.

“Watch out for dinosaurs.”

I smile at our guide’s warning and enter the lush jungle growing inside Hang Son Doong, a 3-million-year-old cave in the central part of Vietnam. Water drips from a gaping scar in the ceiling over 100 meters (328 feet) above us. A spectacular sunbeam starts to creep down the side of the serrated cliffs. The shrill call of birds and macaque monkeys echoes off the limestone, drifting in from the unseen world beyond the skylight.
“Watch out for dinosaurs. That’s what we called this place when we first discovered it,” caving expert Howard Limbert, elaborates. The prehistoric atmosphere made the reference obvious.
We continue on, stepping deeper into the void that is considered by some to be the largest cave in the world. 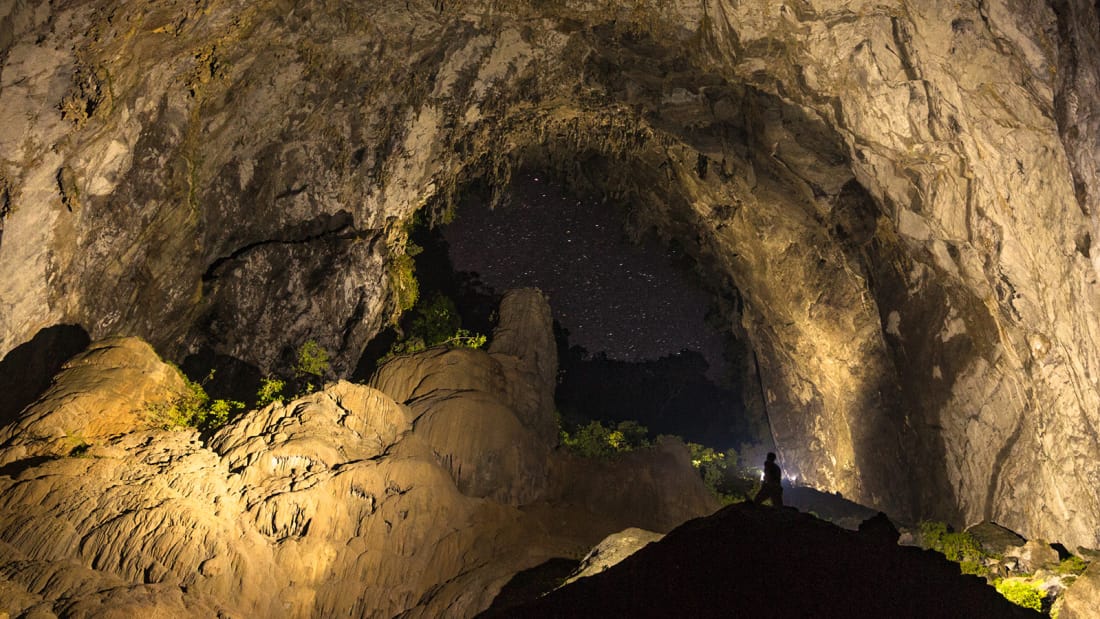 Located in the heart of the UNESCO-listed Phong Nha-Ke Bang National Park in Vietnam’s Quang Binh province, Hang Son Doong is one of the most captivating destinations that can be experienced in Southeast Asia.
More people have stood on the summit of Mount Everest than have witnessed the surreal beauty inside these enormous chambers. Translated as Mountain River Cave, it was first discovered in 1990 by Ho Khanh, a local farmer who was seeking shelter from a passing storm in the jungle.
He noticed clouds and the sound of an underground river gushing from a large hole in the limestone, and reported his findings to the British Caving Research Association , who were stationed in Phong Nha at the time. 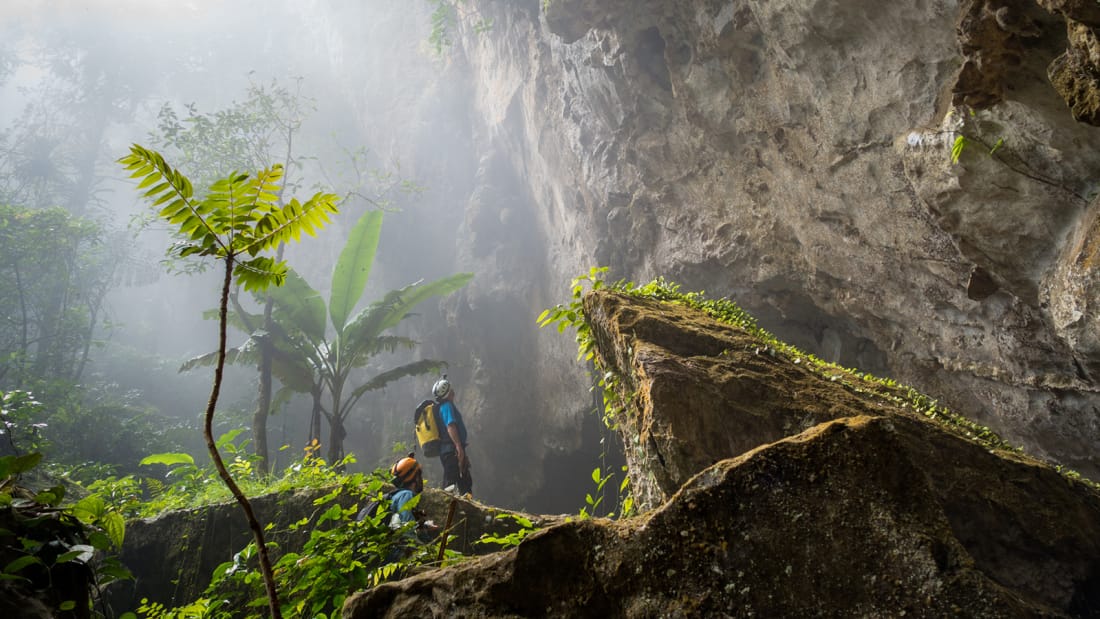 Unfortunately Ho Khanh lost his bearings during his return, and the exact location of the cave remained lost for 18 years. In 2008 while hunting for food he stumbled across the entrance again, and returned the following year with Howard and Deb Limbert from The British Vietnam Caving Expedition Team.
They began the exploration of the cave, and in 2010 determined it to be the largest ever discovered in terms of the size of its cross-section. The news shook the caving world.

The expedition to Hang Son Doong

Stretching more than five kilometers (three miles) long and reaching heights of 200 meters (650 feet), the main cavern of Hang Son Doong is large enough to house an entire New York City block.
In 2013 Hang Son Doong was opened to the public for the first time, with the adventure tour company Oxalis running the exclusive five-day expedition. Limiting the tour to only one operator has protected the cave from mass development. Only 10 customers per departure are permitted. Tours run once per week between February to August per year.
The eco-system inside Hang Son Doong is as unique as it is large, and it even has its own localized weather system. Rare limestone cave pearls are scattered in dried pools, and the largest stalagmite ever found stands 80 meters (262 feet) tall.
Collapsed ceilings have created openings known as dolines, allowing foliage to grow inside the cave. Microscopic organisms thrive in the darkness.
The journey to Hang Son Doong is not for the faint-hearted. Involving two days of intense jungle trekking and river crossings to reach the entrance, nights are spent camping inside the cave and the nearby Hang En, now known to be the third largest cave in the world. Once inside hikers are expected to abseil, climb, crawl and swim through underground rivers to arrive at the end of the cave. It’s an adventure like no other.
Despite the physical demands guests are perfectly cared for, two caving experts, three local guides, two chefs, two park rangers and 20 porters join every expedition. The scale of the operation is phenomenal, and this ensures everyone’s safety and welfare, along with the preservation of the cave, is looked after with expert precision.

Besides the fantastic experience and unique beauty of this adventure, the journey to Hang Son Doong has resulted in a growing industry that has improved the lives of many — tourism.
The Quang Binh province has long been one of the poorest regions in the country, and was heavily bombed during the Vietnam War.
Unexploded ordnance is scattered throughout the fields and jungle, putting thousands of lives at risk every single day.
Many of the locals collect and dismantle these unexploded bombs, selling the dynamite and metal for scrap. Countless lives have been lost doing this dangerous practice, but for some there were no other options to help feed their families.
When the colossal caves of Phong Nha were discovered travelers began arriving for the first time. Villagers embraced this new opportunity and started focusing on tourism. The positive results has seen the local economy flourish.
New community homestays are being built, and the once-impoverished town has been given a new life. The recent discovery of 57 new caves has also excited the inhabitants of Phong Nha, who have seen their small village quickly become the adventure capital of Southeast Asia.
Passionate locals have created mountain biking, hiking, kayaking and eco-conservation tour companies to run alongside the caving. 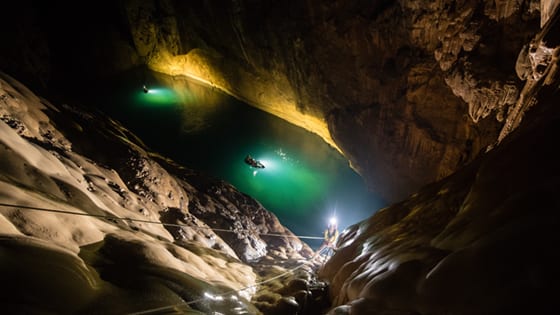