A new underground tunnel has been discovered in the world’s largest cave Son Doong in Quang Binh Province, attendees heard at a press briefing  in Hanoi on the latest diving expedition inside the cave.

The British Vietnam Caving Expedition Teamhas been exploring caves in Vietnam since 1990 until present.

In Quang Binh which is the most important area for cave exploration in Vietnam, 350 caves have been explored and mapped. The 4 main systems explored in Quang Binh are the Phong Nha cave system 94km, the Hang Vom cave system 55km, Nuoc Mooc cave system 23km and outside the National Park the Tu Lan cave system 25km. 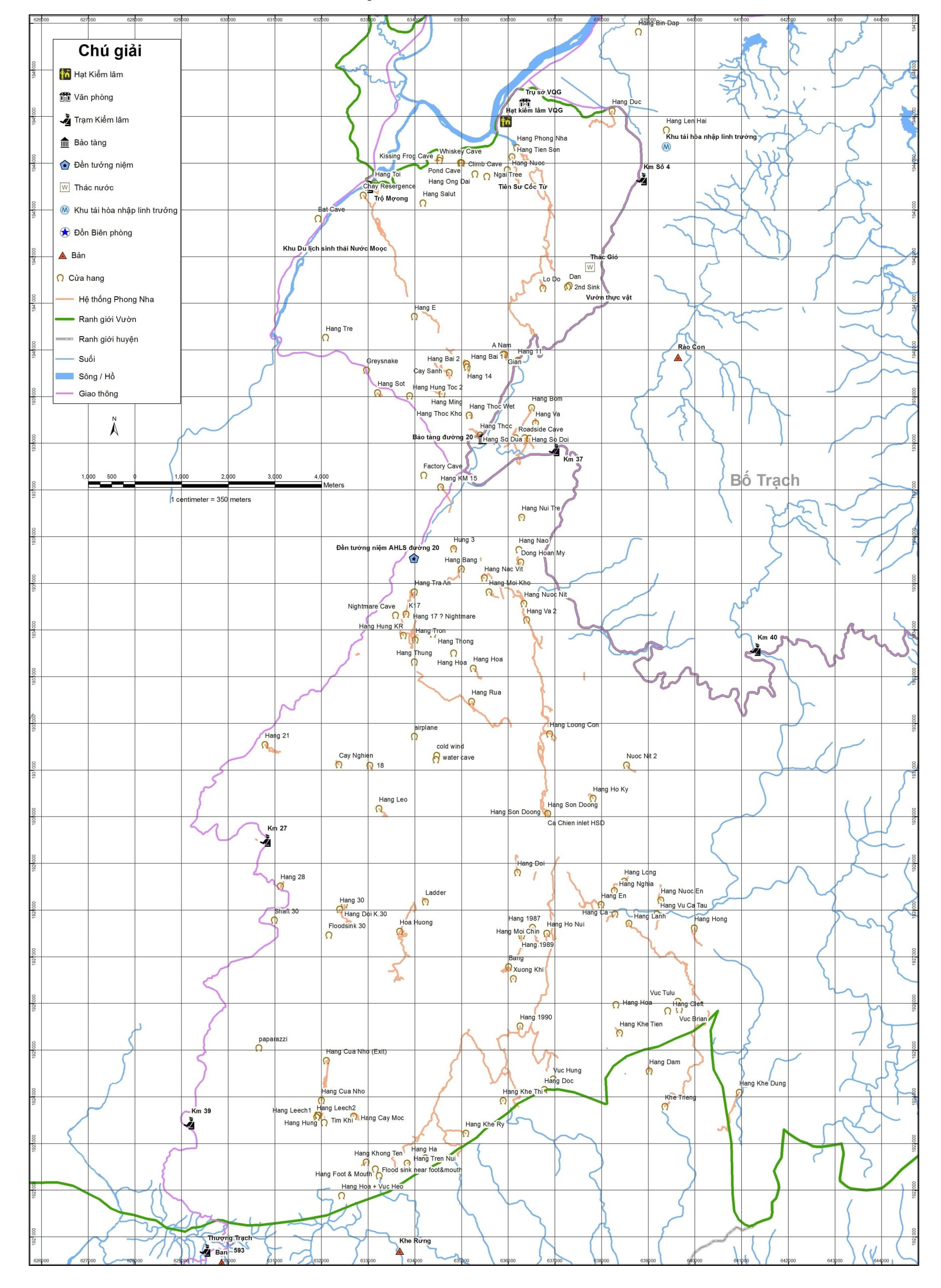 These systems have some of the best caves in the world including Son Doong Cave the worlds largest cave, Hang Khe Ry the world’s longest river cave and the longest cave in Vietnam and Hang En the third largest cave in the world. The area is not fully explored and many more caves will be discovered in future years.

Many of the caves are in the World Heritage site of Phong Nha Ke Bang massif which is one of the largest area’s of limestone in the world. The limestone rocks are around 450,000,000 million years old, the oldest in South East Asia and very well protected by the National Park. This area is very special yielding some of the best caves yet discovered in the world and probably the best caving region in the world.

A number of the caves under strict control are used for adventure tourism and in fact Quang Binh is the fastest growing tourist destination in Vietnam because of this and is locally known as the kingdom of caves.

Below are the details of caves have been found in Quang Binh until 2019.

Currently considered to be the 3rd largest cave in the world by volume after  Son Doong Cave and Deer Cave in Malaysia, Hang En is quickly becoming one of the most recognisable and impressive caverns on the planet.

Hang Va is one of the most treasured caves in all of Phong Nha National Park, home to some of the rarest formations seen anywhere in the world. Hang Va is located deep in the park quite close to the world-famousSon Doong Cave, and it is thought to be part of the same system.

Tu Lan Cave System is comprised of over 10 caves in all, some of which were originally discovered and explored in 1992, and some of which were just found in the past couple years. The stalactites and stalagmites are enormous and breathtaking. One of the caves in the Tu Lan cave system, Ken Cave, even had it’s beautiful formations featured recently in National Geographic by world renowned photographer Carsten Peter.

Hang Tien is the biggest dry cave in the Tu Lan Cave System and the enormity of this cave can be understood by the fact that Hang Tien 2 itself is almost 3km long and has a vertical range of about 100m. During the summer, Hang Tien is a dry cave but when the rainy season arrives, all the water basins in the areas gather into this place, creating a large river flowing in the cave. When the water recedes, the beautiful natural jade lakes in the cave will be formed and also create fabulous karst formations that are incredibly unique.

DIVING EXPEDITION TO THE UNDERGROUND RIVER OF SON DOONG

A team of British divers have dived the terminal sump of Hang Son Doong with support from Oxalis. In extremely challenging conditions, the sump was dived to a depth of -77m making it the deepest cave dive in Vietnam.  The cave was also extended by a further 60m despite the difficulties of route finding in very poor visibility and the significant depths. 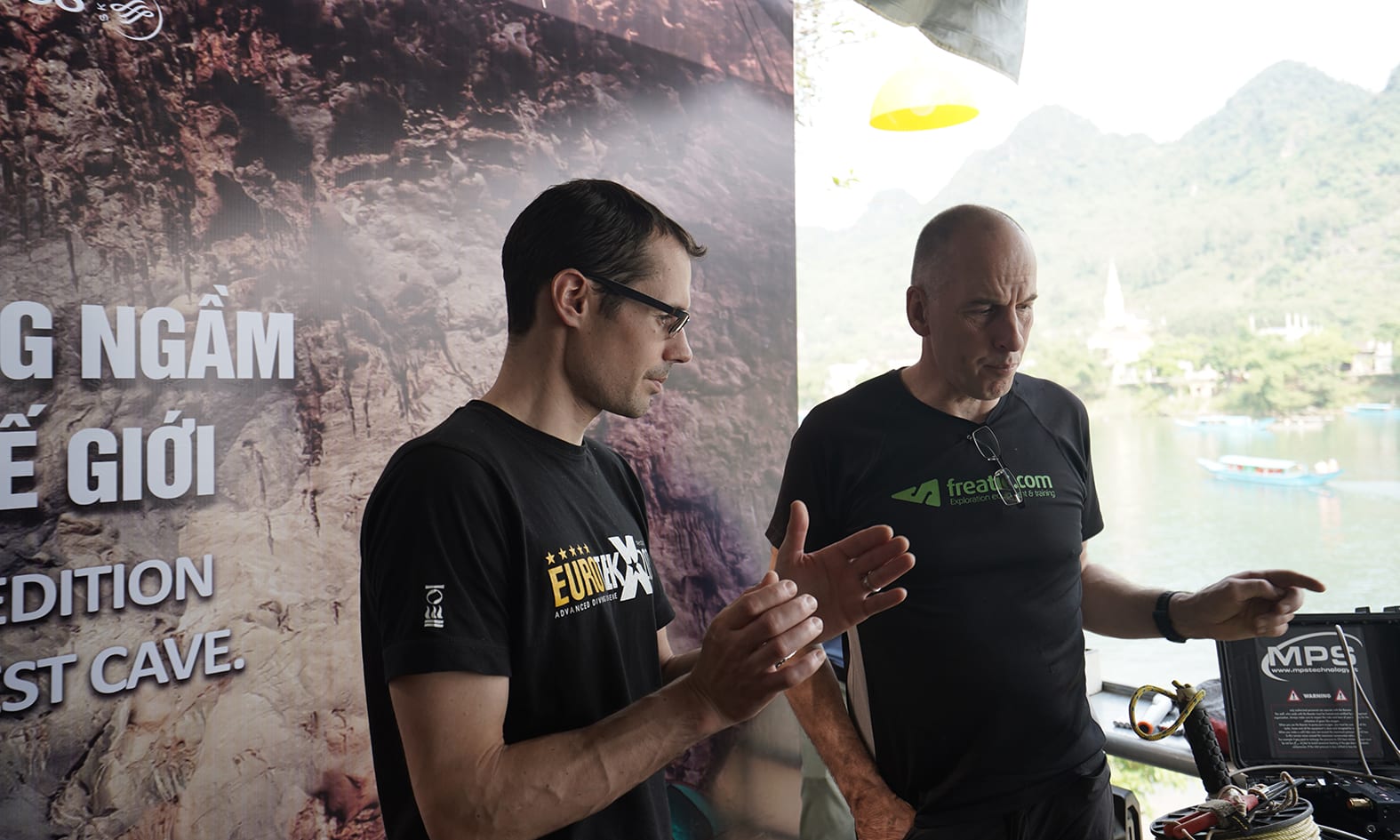 Diving in the sump the passage turned sharply to the left and descended very steeply in a vast tunnel. Due to the very low visibility of only 2 metres it was very difficult to make progress. The start of the sump was measured at a depth of -93m and going deeper. The divers were able to locate a roof at -60m and the floor an unknown depth below. 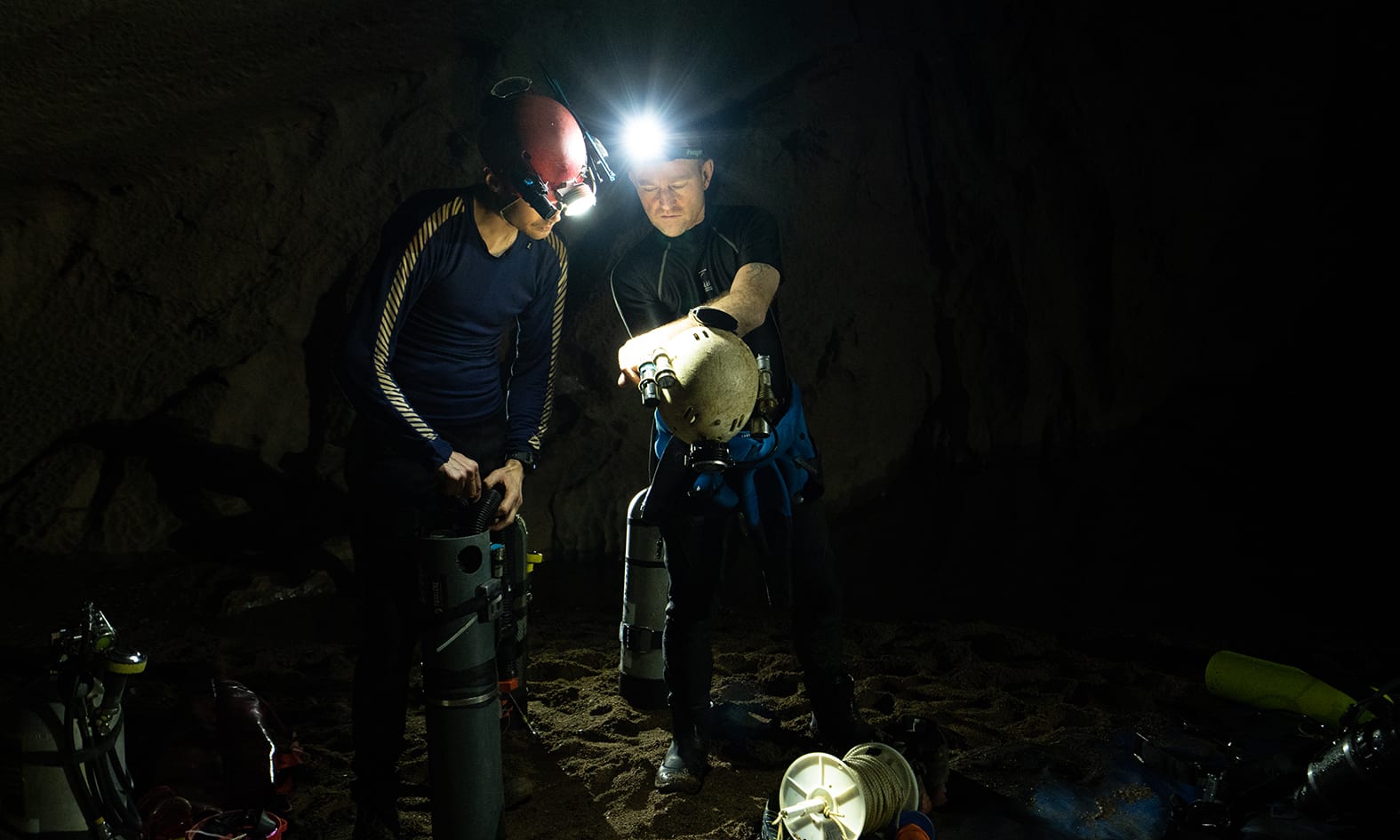 Some dives required nearly 2 hours of safety stops (decompression) before being able to safely return to the surface. 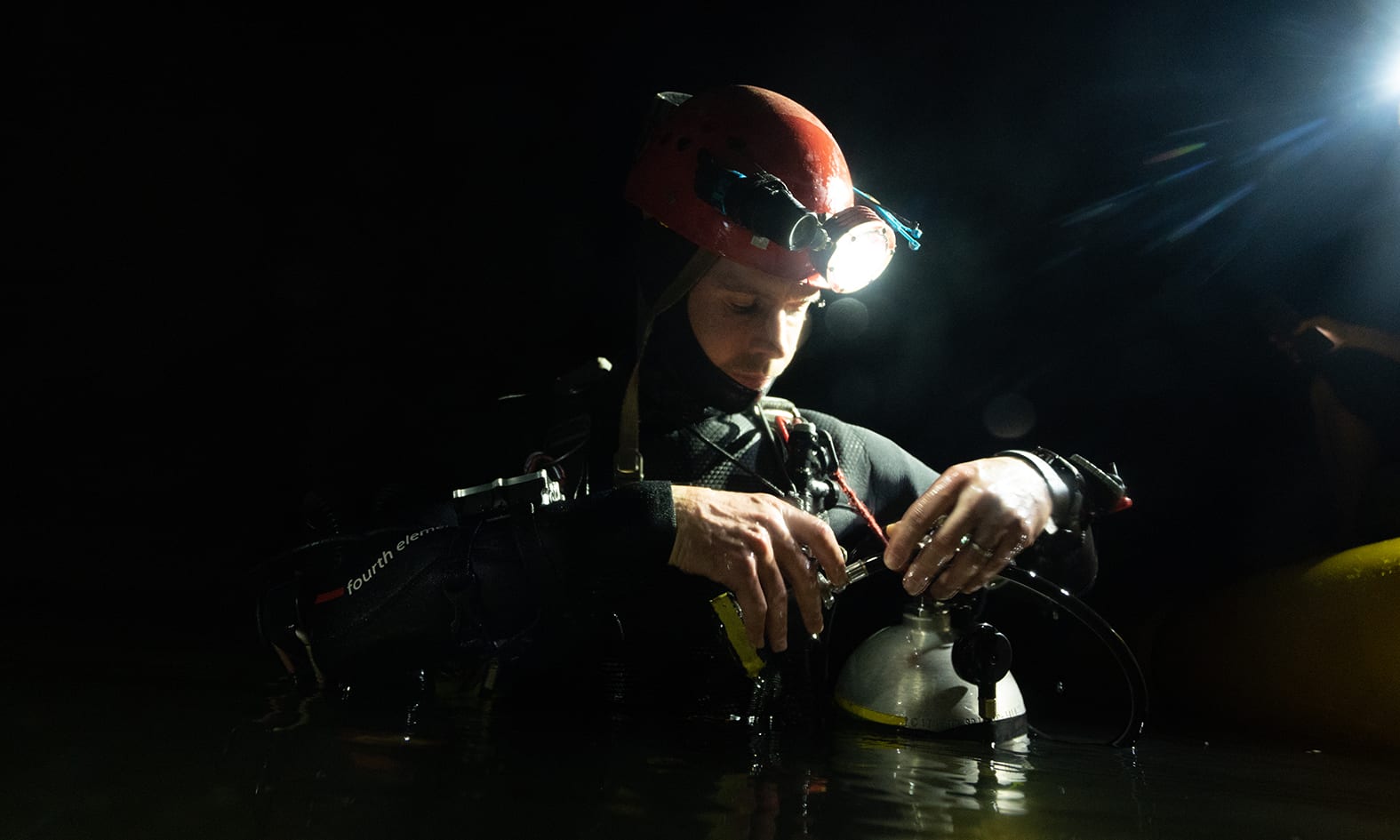 The divers were using compressed air and therefore unable to dive any deeper without significant risk to themselves. In order to dive deeper or further into the cave they will need to plan to dive to a depth of up to -120metres and use special mixed gases of air and helium. Dives to this depth are extremely challenging and will require dives of up to 5 hours which will be predominantly to allow for decompression. Even if the divers are able to find the way on and start to ascend to the surface, they will still to make safety stops before surfacing into any new cave passage.