The discovery was announced following a research diving trip made by a team including the heroic British divers Richard Stanton, John Volanthen, Jason Mallison and Chris Jewell, who were members of the rescue team saving the Thai football team trapped in Thailand’s Tham Luang Cave last year.

The research commenced this month and the divers started work at the end of the river inside Son Doong and went further into a water passage. The research was expected to prove that the passage connected Son Doong and the Thung Cave, which is a cave of the same type laying 600m away.

Howard appraised the early success in finding the tunnel and described the diving as one of the most “difficult and challenging tasks”. Oxalis put up US$53,000 and organised the research expedition. The national flag carrier Vietnam Airlines offers the heroic divers free two-way flights from the UK to Vietnam. 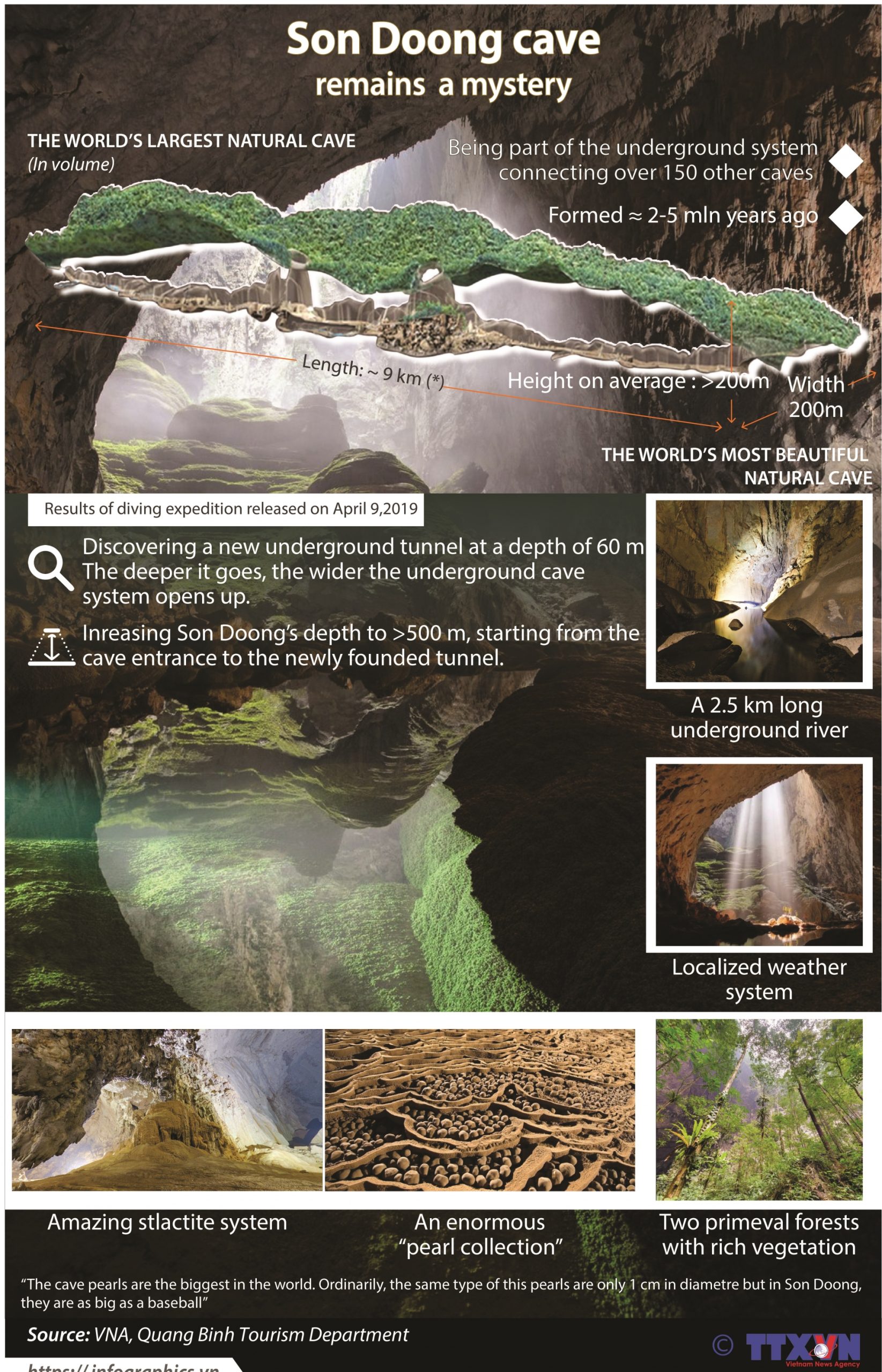