Tourists to Quang Binh up in first nine months of 2018

The number of tourist arrivals to Quang Binh province increased 18.4 percent to more than three million, including 129,700 foreigners, in the first nine months of this year. 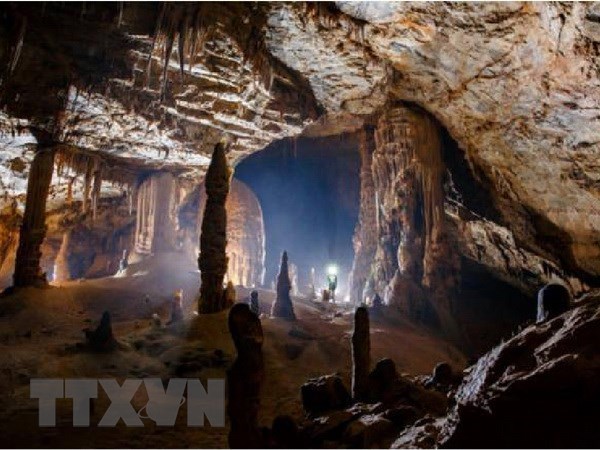 Hanoi (VNA) – The number of tourist arrivals to Quang Binh province increased 18.4 percent to more than three million, including 129,700 foreigners, in the first nine months of this year.

The central province’s tourism sector earned 3.3 trillion VND (141.37 million USD) in total revenue in the reviewed period, according to the provincial Department of Tourism.

The achievements are attributed to the provincial tourism sector’s efforts to strengthen management of tourism, tourism promotion activities both at home and abroad.

Director of the Quang Binh provincial Department of Tourism Ho An Phong said the sector will continue tourism promotion activities to fully tap its advantages of sea and cave tourism, and call on businesses to create new tourism development projects and unique tours to draw more visitors as well as encourage their longer stay in the province.

Quang Binh will also work together with neighbouring provinces to establish the connections for a tour route in the central region, further promote the full exploitation of the Dong Hoi-Chiang Mai air route, and carry out the Dong Hoi airport upgrading project, he added.

In the first quarter of 2018, the province served over 727,000 holidaymakers, a year-on-year rise of 12 percent, raking in 820 billion VND in tourism revenue.

Quang Binh has a 116.04-km coastal line and a 201.87 km border line with Laos. The province is famous for its cave systems, incredible mountain scenery and sprawling beaches.