Vast rock formations the size of multi-storey buildings loom above Ho Minh Phuc, as he picks a path through the gloom inside the world’s largest cave.

Phuc, who once earned a living through illegal logging, is a porter for the small tour groups that explore Vietnam’s Son Doong — a cave so large it has its own ecosystem and weather patterns. 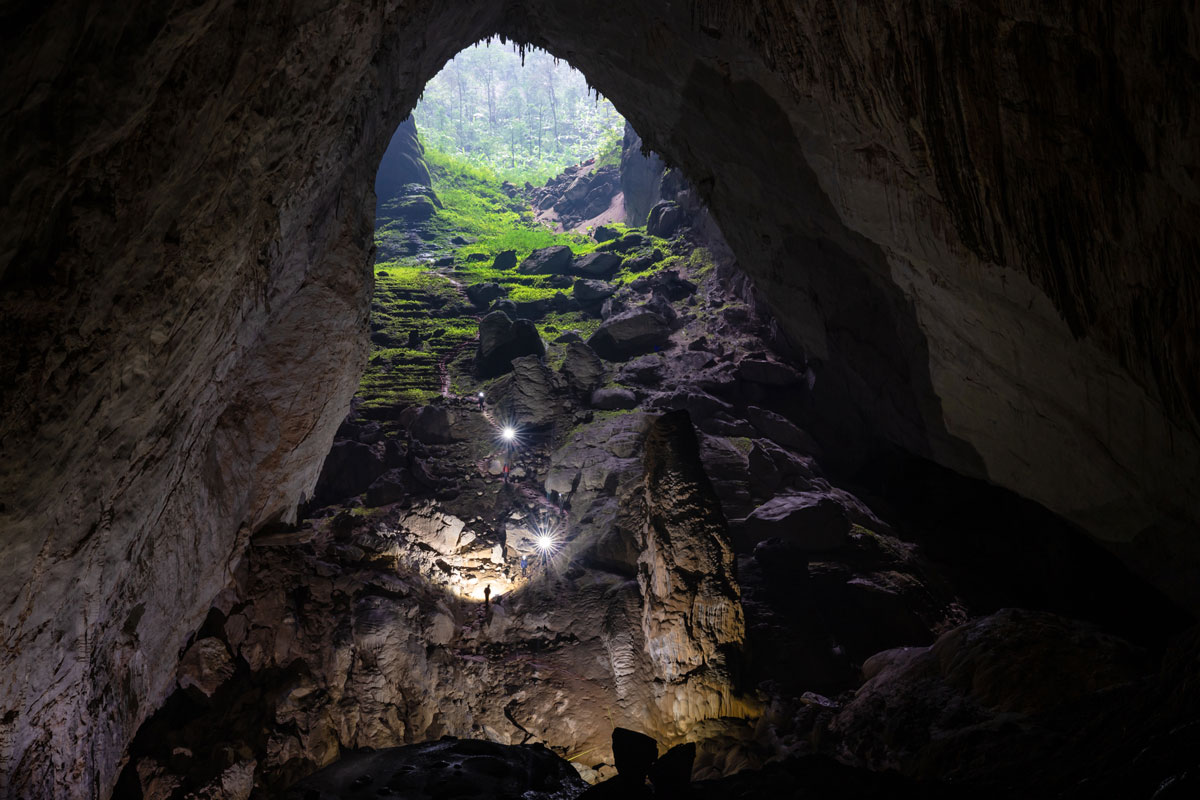 Walking to heaven on earth, Garden of Edam – Photo by Tran Tuan Viet

Home to flying foxes and a 70-metre rock formation resembling a dog’s paw, the cave is an otherworldly wonder that has reshaped the lives of the surrounding community since it opened for boutique tourism in 2013.

Trapped in poverty, young men like Phuc once had little choice but to forage in the depths of Phong Nha-Ke Bang National Park — the World Heritage site where Son Doong lies.

There they searched for precious agarwood, a hugely sought-after material known as “the wood of the gods” and widely used for incense. 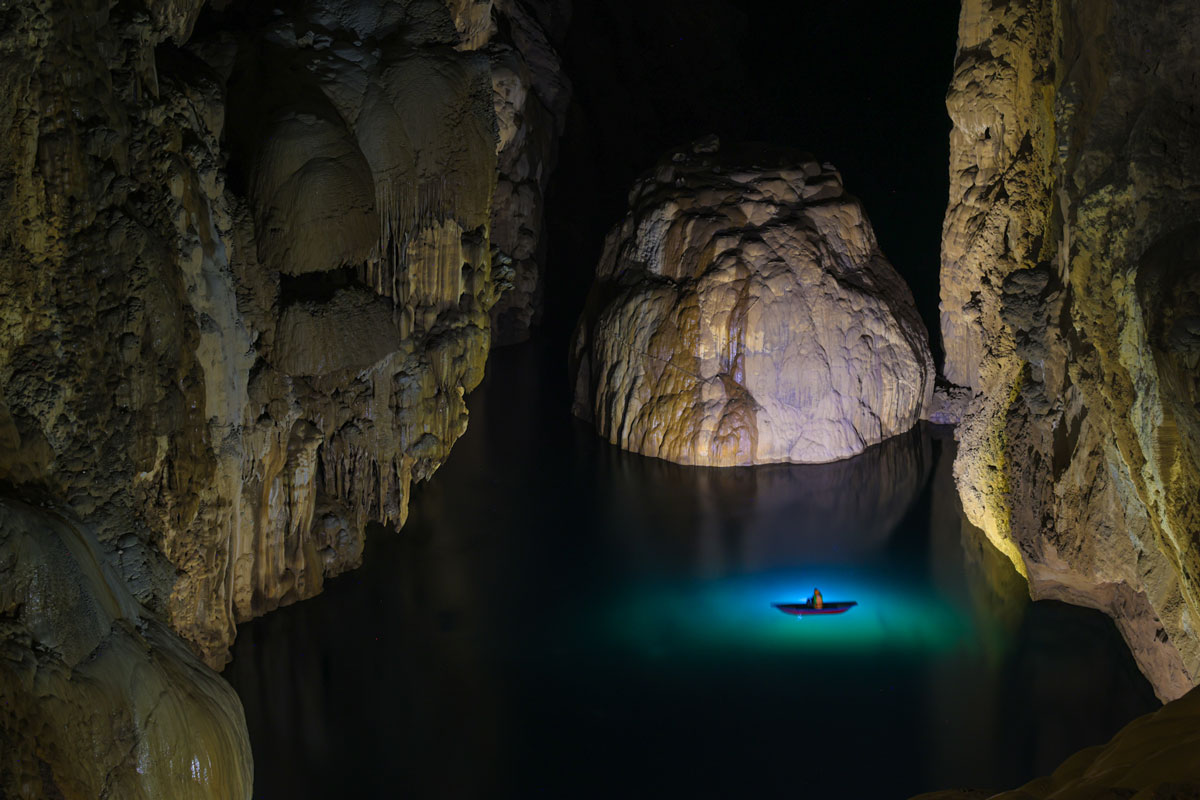 Son Doong was first discovered in 1991, but was then lost for nearly two decades – Photo by Ngo Tran Hai An

Others eked out a living from hunting endangered civets and porcupines in the forest.

“We had to do all we could to avoid the forest rangers,” 35-year-old Phuc told AFP. “We did nothing good for nature.”

Son Doong in central Quang Binh province was first discovered by local forager Ho Khanh in 1991, when he stumbled upon an opening in a limestone cliff and heard the sounds of a river deep inside. 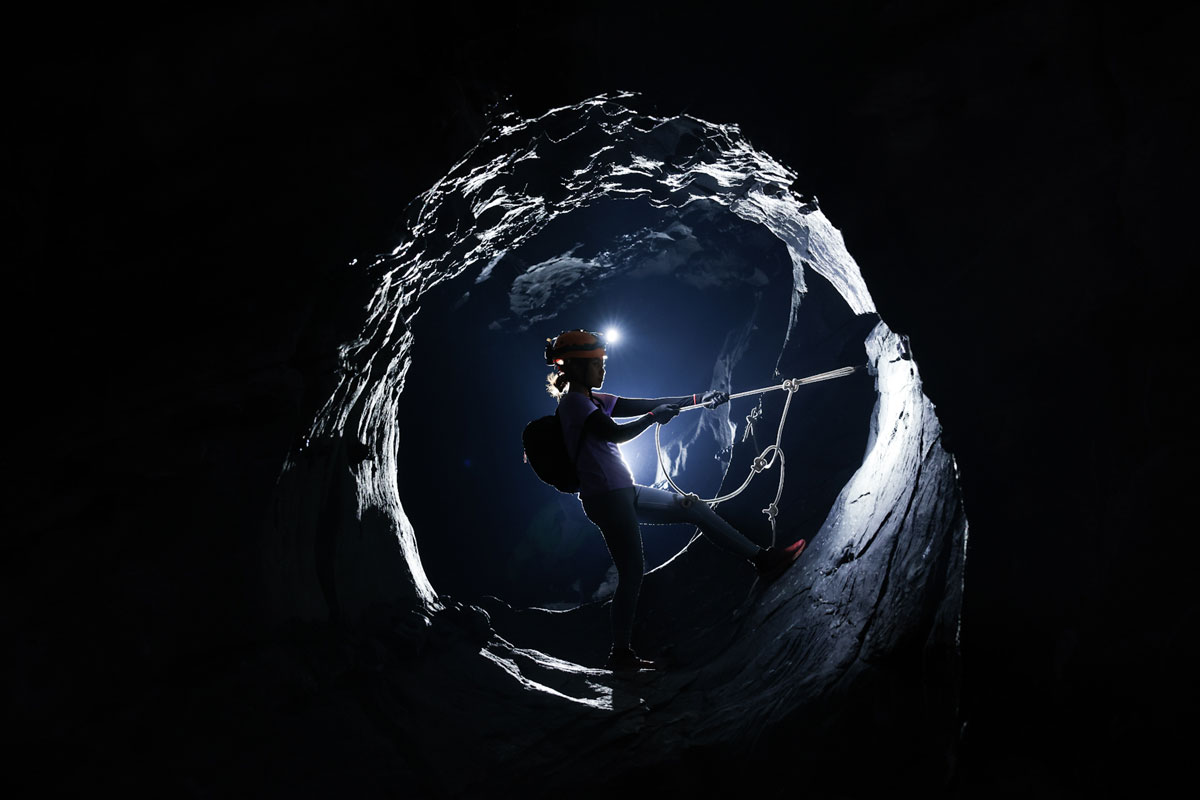 But after returning home through the thick surrounding jungle, Khanh forgot where the hidden entrance lay, and it stayed lost for another two decades.

When he eventually led a team of British experts back there in 2009, the team found it had the largest cross-section of any cave anywhere on the planet.

It is large enough to house the 40-floor skyscrapers of an entire New York City block, according to adventure tour company Oxalis, which guides visitors into the caves.

When Son Doong was opened to tourists four years later, the lives of Khanh and hundreds of locals changed forever.

They soon became porters and guides and opened their homes to guests wanting a bed for the night.

“Some became rich with logging, but most lived a very hard life,” Khanh, now 52, said of the time before the cave was opened to the outside world.

“When tour companies came in, I told the youngsters their first duty was to protect the environment so as to benefit not just ourselves but also our children… so life can improve.” 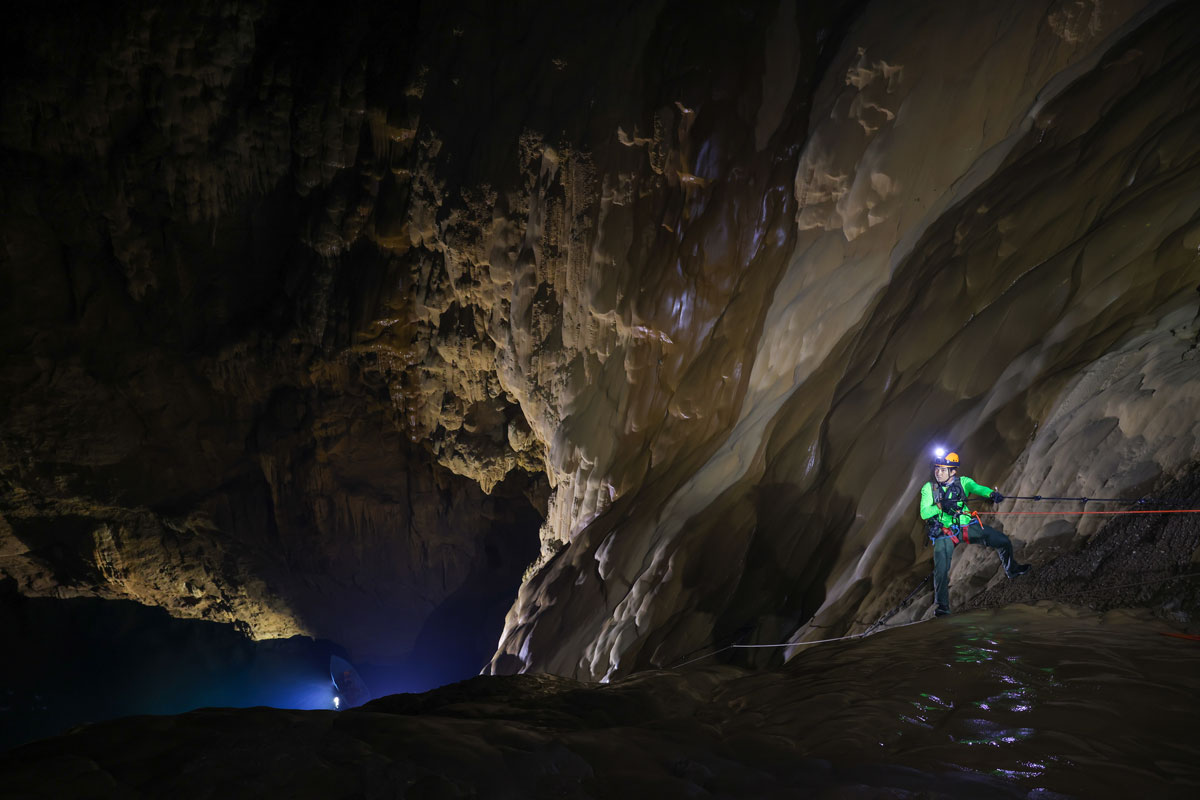 Before the coronavirus pandemic, Vietnam’s tourism industry was booming, but the communist country has come under fire for failing to preserve landscapes as it rapidly expands the sector.

The area has so far largely stayed clear of the mass tourism model used in other Vietnamese holiday hotspots such as Halong Bay, where cruise ships have spewed sewage into once-pristine waters.

With only one company given permission to operate in each of the key caves, there is an incentive to protect them, with numbers of visitors limited and prices kept high.

Poaching remains among the national park’s “most serious threats”, it said in a report that also raised concerns over a proposal to build a cable car to nearby Hang En cave.

Logging has also not disappeared — 18 people were sentenced last year for cutting down trees in the national park.

As Covid-19 swept the globe, locals catering to international travellers have struggled. Khanh says his guests are 90 percent down since the pandemic began. 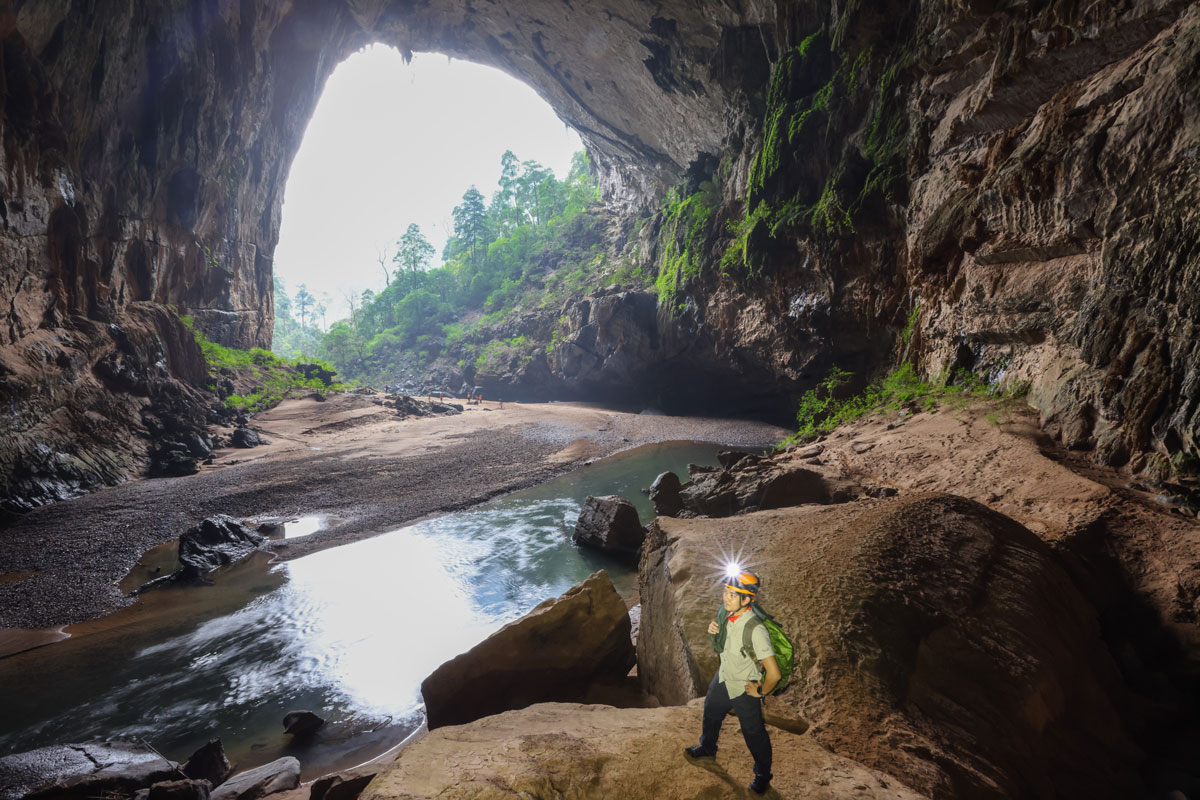 But Son Doong has weathered the crisis fairly well overall, thanks to a boost in visitors among Vietnam’s fast-growing middle class.

The high-end tourism model of the caves — which provides around 500 jobs for the local community — has begun to attract interest in other areas, Oxalis said. 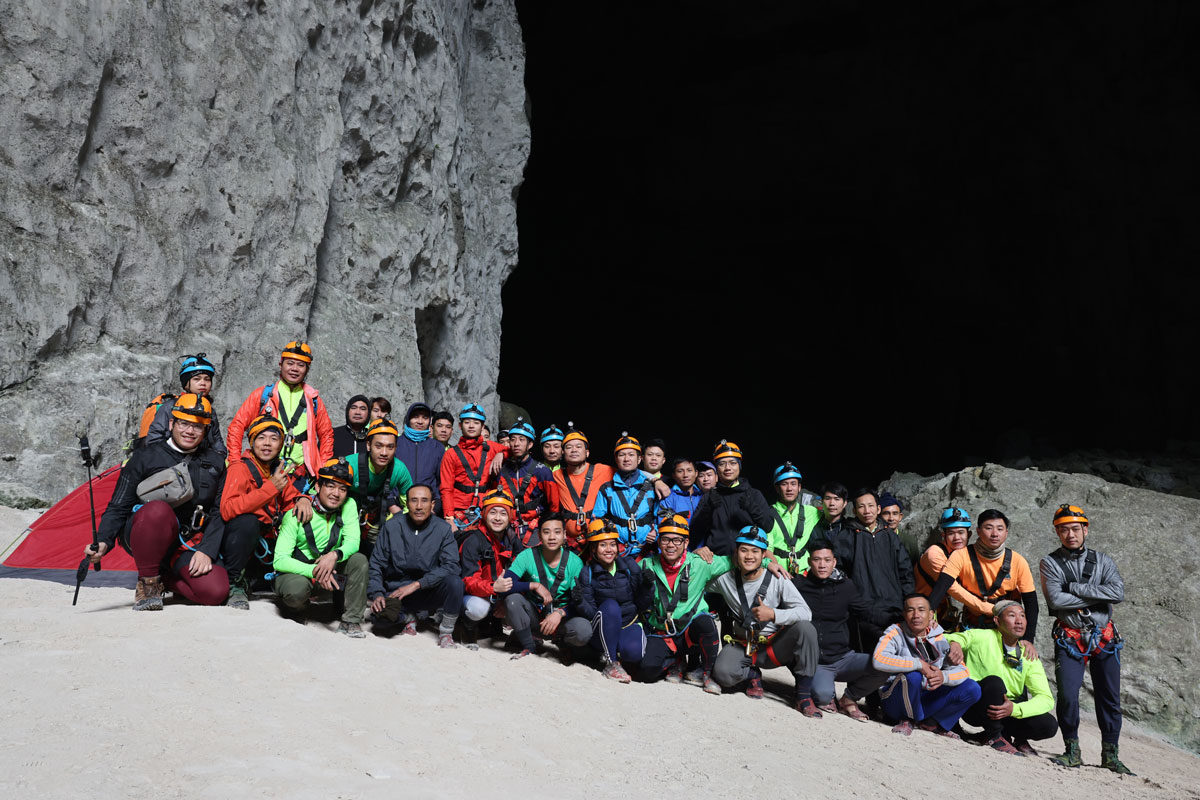 When Son Doong was opened to tourists, the lives of Khanh and hundreds of locals changed forever – Photo by Ngo Tran Hai An

Industry professionals are sceptical, however, that the pandemic could spark a change in direction across the country.

Despite strong environmental protections in place, “they tend to build stuff anyway”, he said, pointing to the spread of high-rise hotels in Halong Bay.

For porter Phuc, it is crucial that the pandemic does not lead to a similar outcome in Son Doong.

“If we expanded into mass tourism, it would of course harm the natural scenery,” he said. “That would be terrible.”